HOW TO START A REVOLUTION: THE MUSICAL 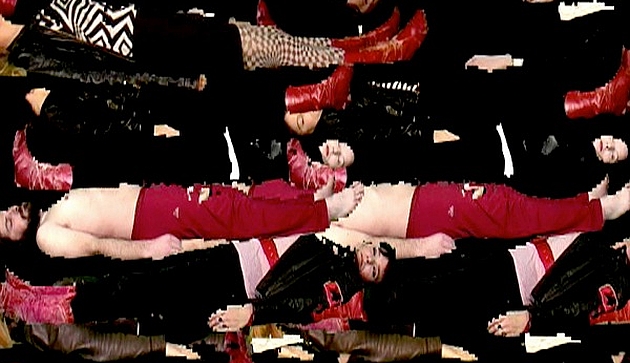 A musical adaptation of the multifaceted, facetious, ongoing project "How to Start a Revolution" written and performed by the artist together the musicians Tom Wu, Antenne Danger, Tagar and Manuela Rzytki, which deals with the romanticization and synaesthetic manipulation tactics entailed in depictions of revolution, rebellion, and recent history acted out by an ever same group of bored rebels. Facts are mixed with fiction, layers are built upon layers, translations occur to create scenarios that manipulate a viewer's perception of what was and is truly real. 2-D actors and scenarios mix with 3-D action going on onstage.The "How To Start A Revolution" project has thus far manifested itself in the form of arrests, archives, films, photographs, and songs. But now it is time for the ultimate grand romantic gesture: A MUSICAL – singing, dancing, screaming, and laughing at the question what time is it? It's a prophecy; it's a poetic pop spectacle. 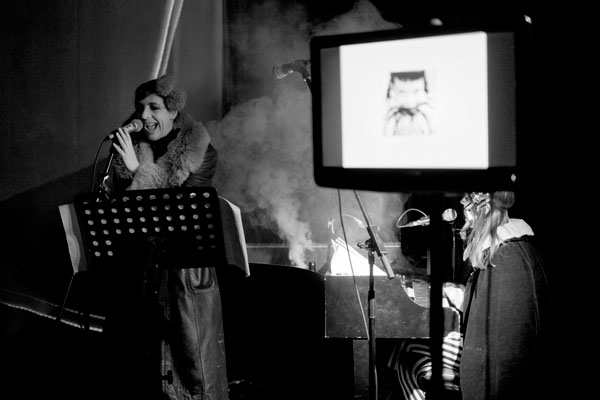 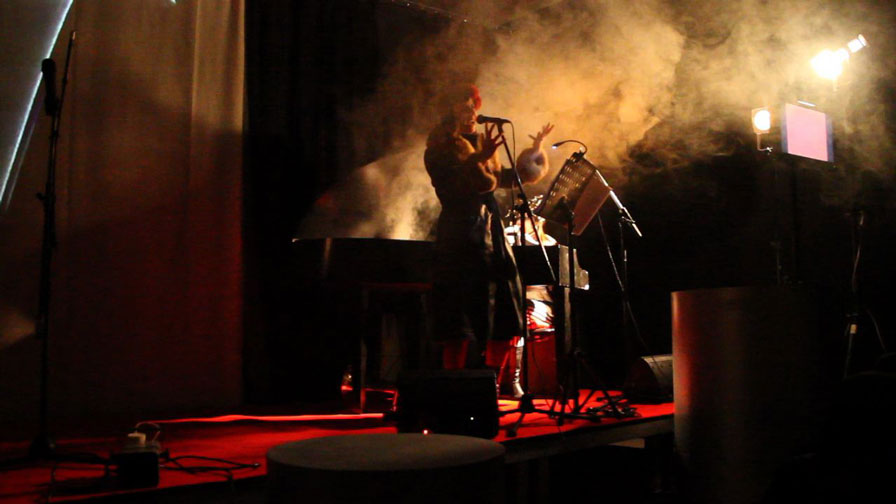 "As Coroner I must aver,

her. And she's not only 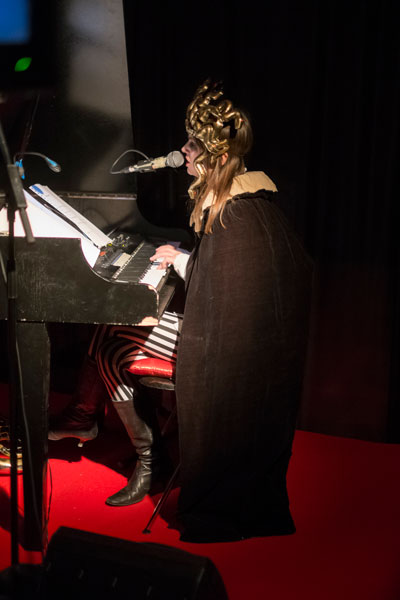 "What ever happened to

The gang that I once knew?

The gang who said it'd be true

Oh, what happened to

The light I gave to you

What will I do with it now?" 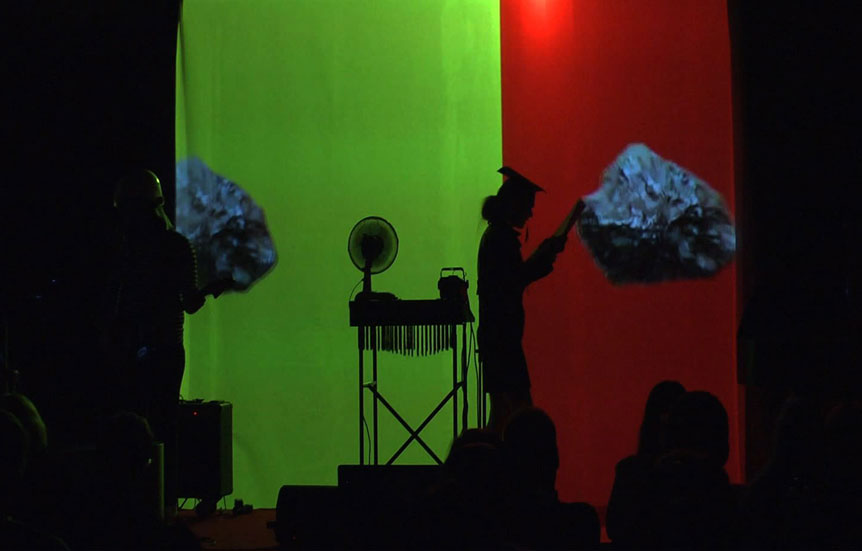 "Well, that really is very interesting,

and in colour too.

But you wouldn't believe it if I didn't know better...

That that wasn't all!" 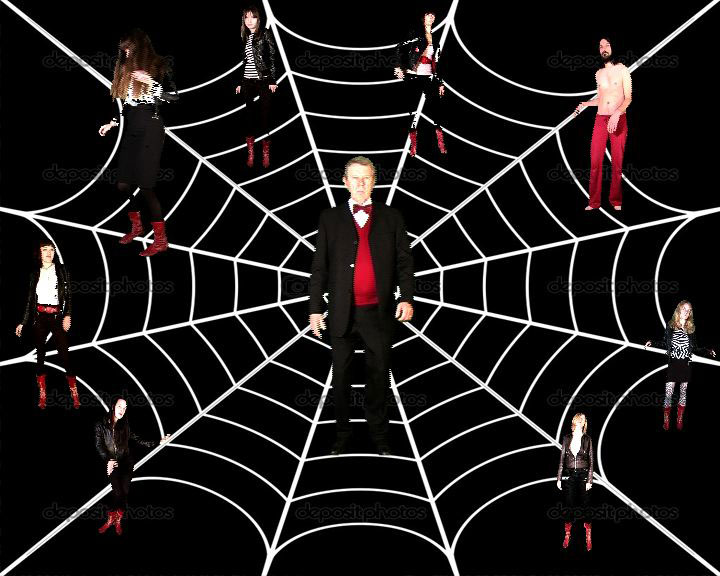 I got a book daddy, 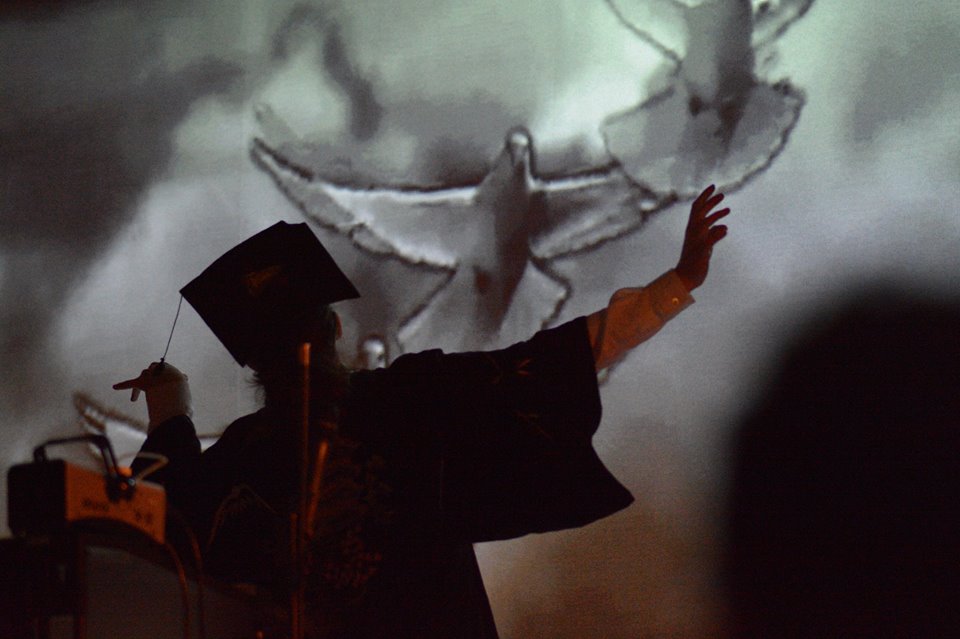 "M: Could this be heaven daddy ?

A: I think you better watch out little

It's coming our way.

You better grab your little doggy

and bring em inside, ya hear ?" 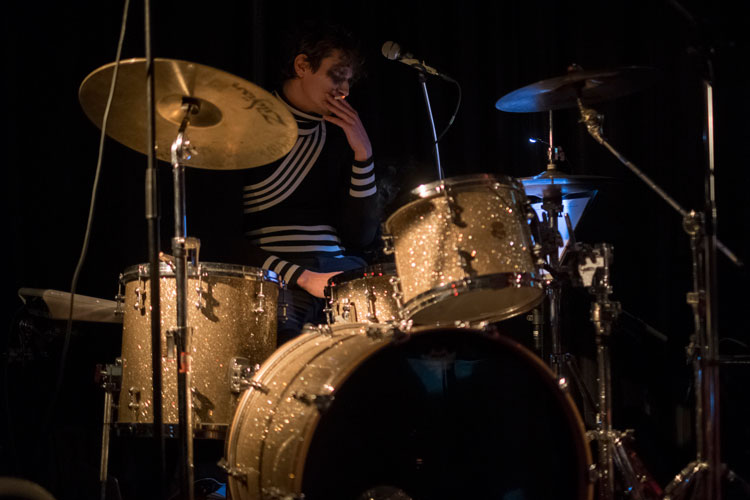 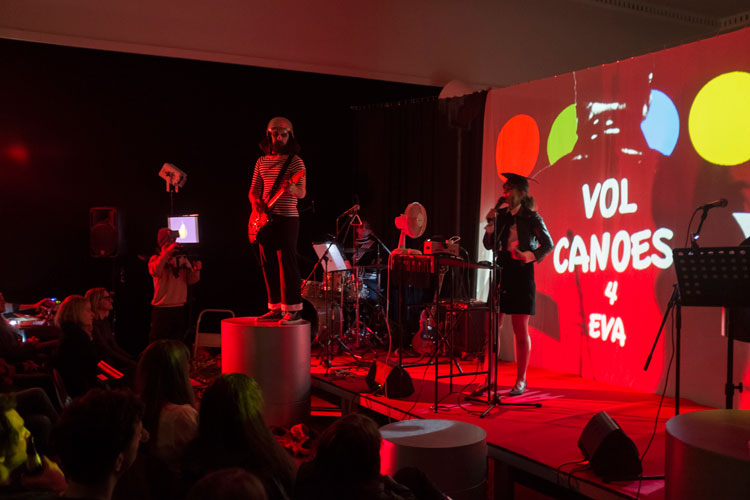 "Whatever you do, do not mix the colors" 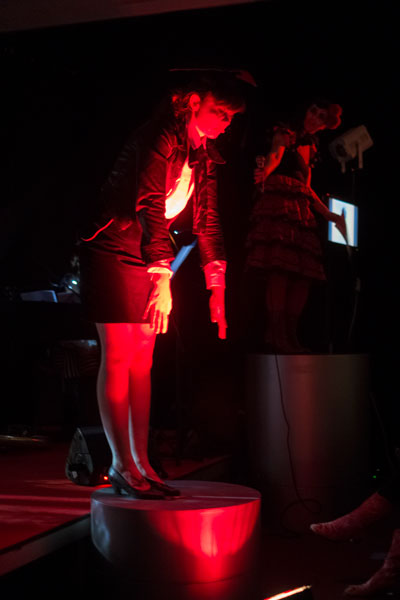 "Come all ye young rebels, and list while I sing.

For the love of one's country is a terrible thing." 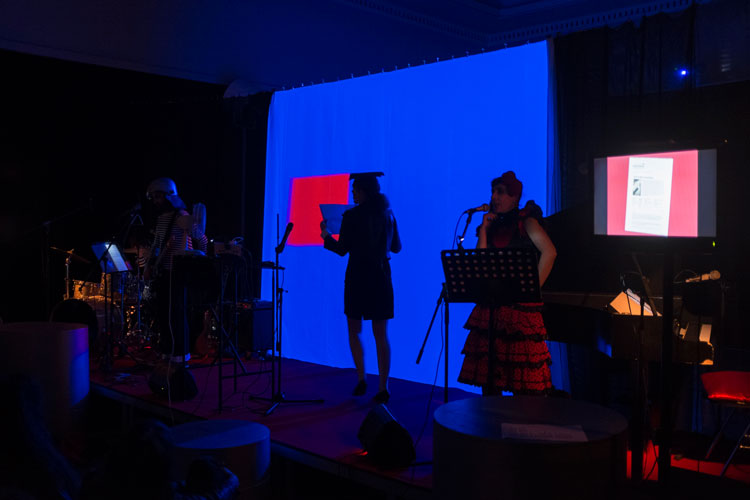 "Gold is on the rise, the markets are white not black

Their look unto the world is a rose-tinted one

The wars going on on TV and the Internet are entertaining,

at most a burden.

Only to realise that home is the only place

where cheeks are rosy like your mama's tea cosy" 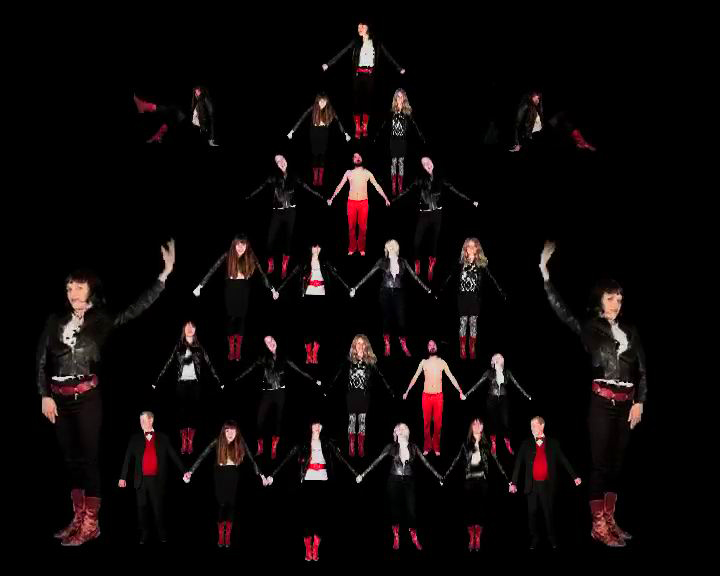 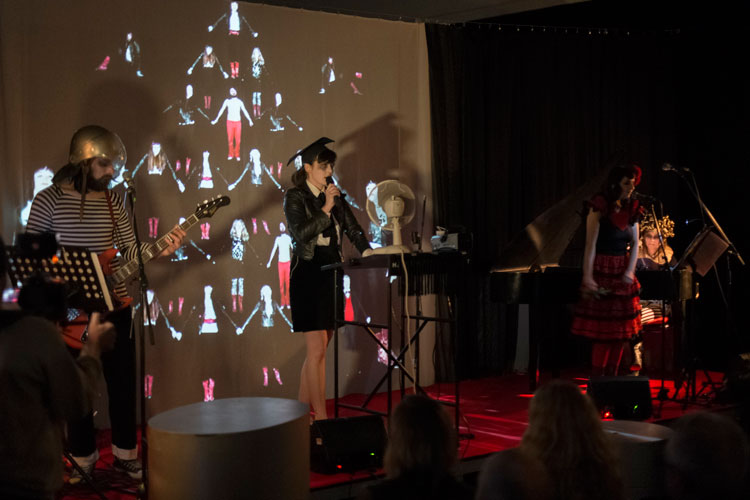 "Believing that you are bad,

you make everybody sad,

but you are a silly lad,

Hooligan! Stay in your bed, hooligan

One onze a let, hooligan

will make your skin quill." 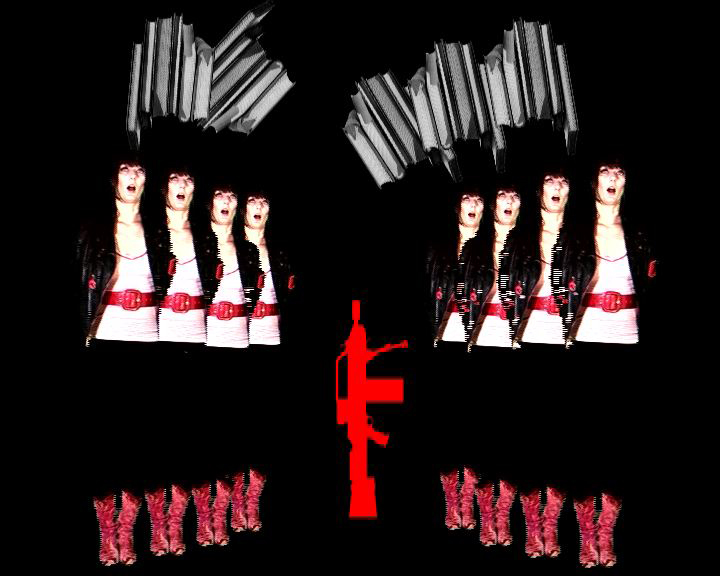 and I don't know

how to use it

I will abuse it." 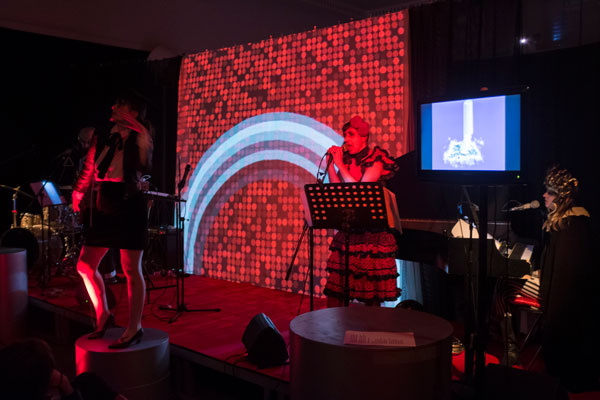 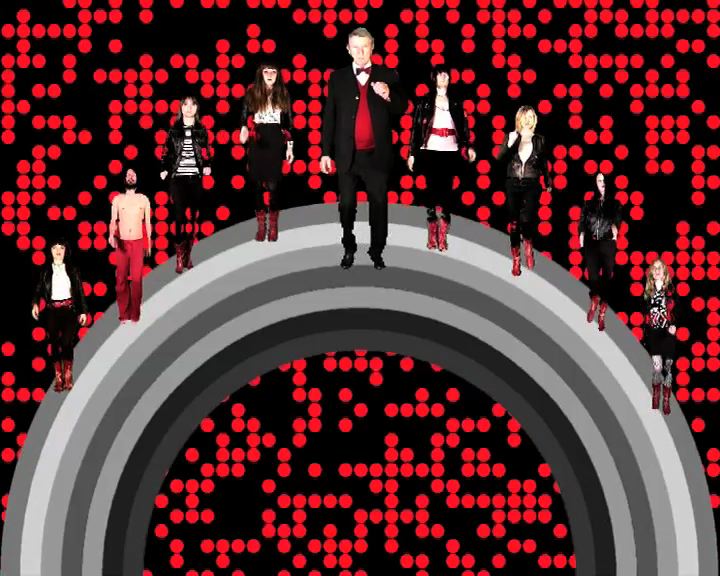 walking in the sand. 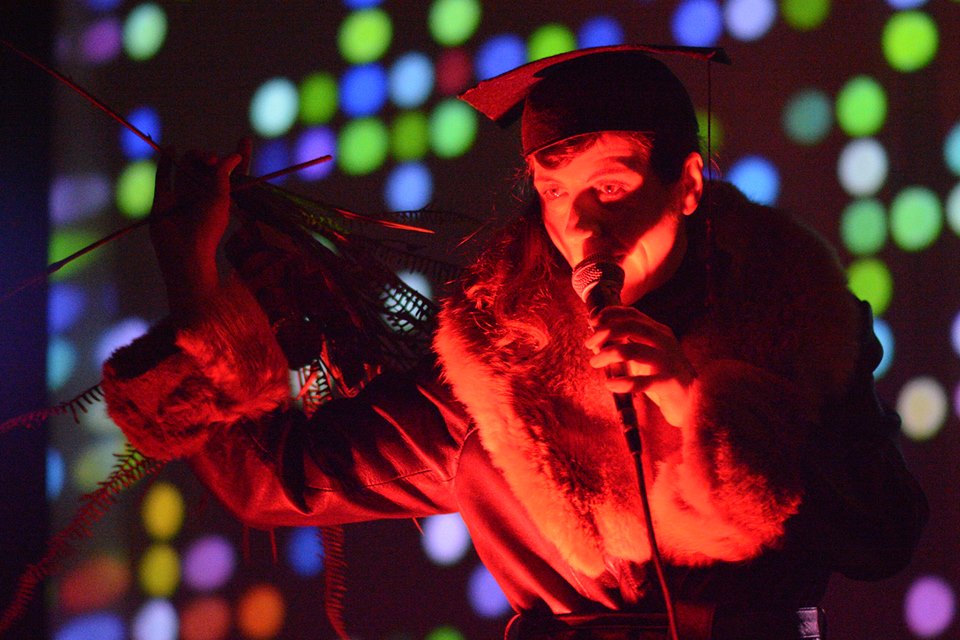 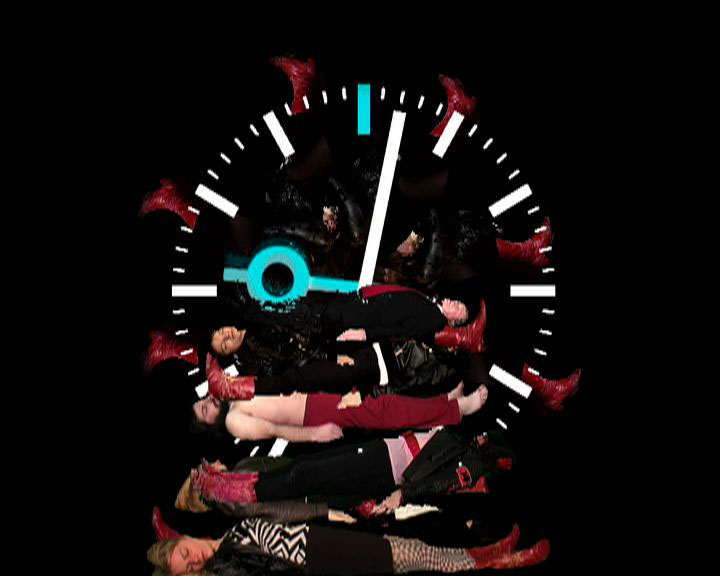 "They were glorious years

upon which I can look back at

with wonder, respect and awe

and tell my children and future 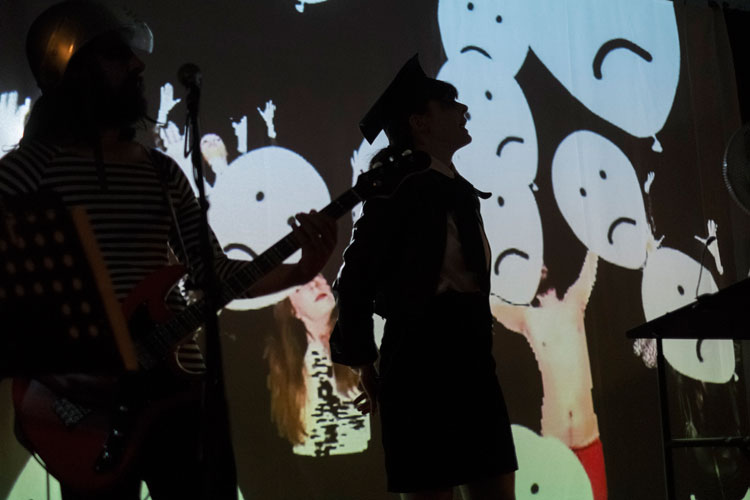 "A brief overview of these three past generations, starting with the IRA, going on to Dylanesque hippie critiquey and ricochet back atcha to the present day aka NOW all packed into one jammy folk song!
Ready ?....Ready!" 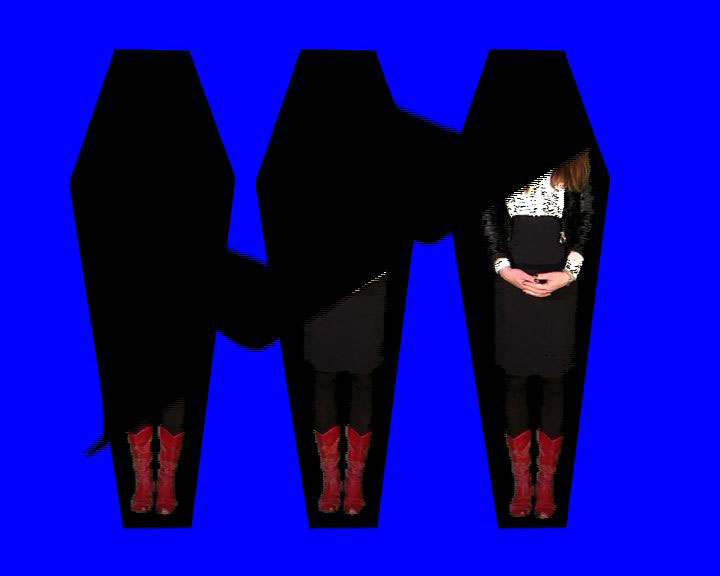 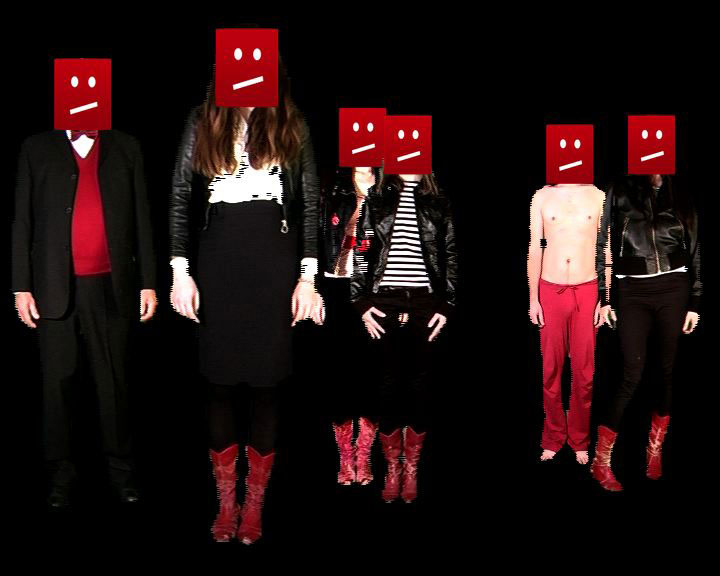